Legionella in water - solutions by Fränkische.

Legionellae are rod-like bacteria that have a large number of types and are widespread in the environment.
Special attention is paid to one type of bacteria, namely "Legionella pneumophila", which in the worst case can lead to a serious illness, namely Pontiac fever or Legionnaires' disease (Legionellosis). Both diseases are named from relevant events in the United States. Pontiac fever was first observed in 1968 in a US city of the same name. Its course is similar to flu with symptoms such as chills, fever, cough and vomiting. The disease is not very dangerous, and usually the symptoms disappear within a few days of treatment.
Legionellosis, has completely different features. After an incubation period of two to ten days, the bacterium causes not only headache and body aches, fever, indigestion, chest pain, but also severe pneumonia which, if left untreated, results in a death of 15-20% cases. The disease was first identified at a veterans meeting in Philadelphia / USA in 1976. Out of 4,400 participants, 180 people became ill, 29 did not survive the disease. In this case, the epidemic was caused by an air conditioning system that had not been maintained for a long time.

It is distributed through so-called bio aerosols, that is, bacteria that stick to tiny droplets of water in the air. Such aerosols can occur in the area of ​​water intake, jacuzzi, humidifiers, air-conditioning systems ets. During the inhalation of aerosols, bacteria enter deeper areas of the lungs, which can cause one of the two aforementioned diseases. Particularly at risk are people whose resistance is impaired due to age or a weakened immune system. In Germany, the Federal Statistical Office numbered about 20,000 deaths a year, about 1,300 were probably caused by Legionnaires' disease. Men get sick twice as often as women. However, if timely diagnosis is made, legionellosis is considered to be curable due to the use of antibiotics. 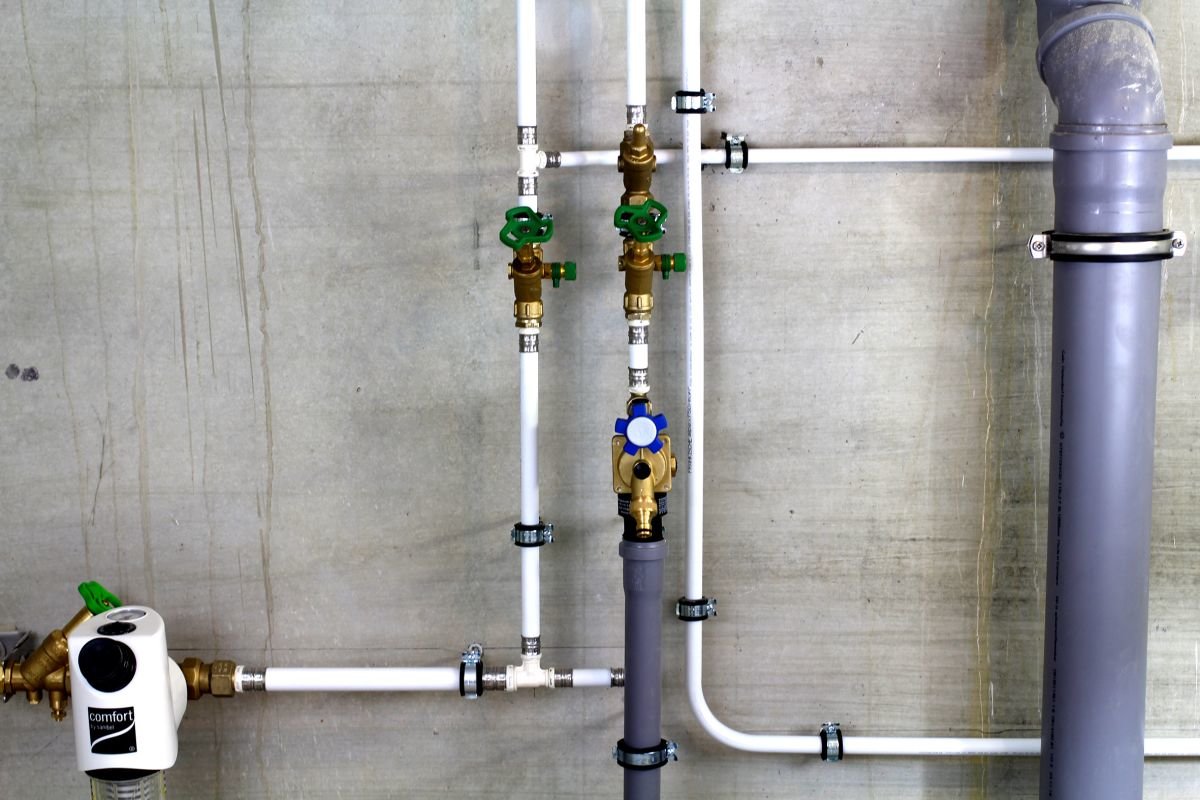 The Legionella pneumophila bacterium lives best at 25 to 55 ° C and prefers fresh, still water. Legionella begin to die at 60 ° C and at 70 ° C completely die. For infection to occur, bacteria must have a certain concentration. For this reason, different concentration ranges have been identified, each of which is assigned a pathological potential risk. The appearance of Legionella is measured in CFU / 100 ml units (CFU - colony forming units) .A value below 100 CFU / 100 ml is considered acceptable. If measurements show values ​​greater than 100 CFU / 100 ml, the health department should be informed. A value of up to 10,000 CFU / 100 ml is considered to be dangerous and should be eliminated as soon as possible. If the measurement results indicate that more than 10,000 CFU / 100 ml is exceeded, the use of such a system should be completely prohibited.

Temperatures in the range of 25 to 55 ° C are ideal conditions for Legionella's life. In a colder environment, the bacteria remain viable but not active. As noted, 60 ° C are critical for microorganisms. For the water supply system, this means that the cold and hot water pipelines must be reliably separated and insulated. The rule is: "Cold must remain cold, hot must remain hot." For this reason, for example, capacitive water heaters should always operate at a temperature of ≥ 60 ° C. If Legionella infection is detected despite this temperature, thermal disinfection (temporary temperature rise to 70 ° C) is usually helpful.

Another weapon in the fight against legionella, besides high fever, is the provision of regular flow (water movement). Water standing in the pipe for a long period of time creates stagnant zones, which are a favorable environment for the formation of legionella colonies.
It is always necessary to consider situations where phases of use alternate with longer breaks, for example, in hotels or schools. However, the frequency of use depends on the consumer, which makes it difficult to predict. Therefore, proper planning of water supply systems is crucial to ensuring an adequate level of hygiene. 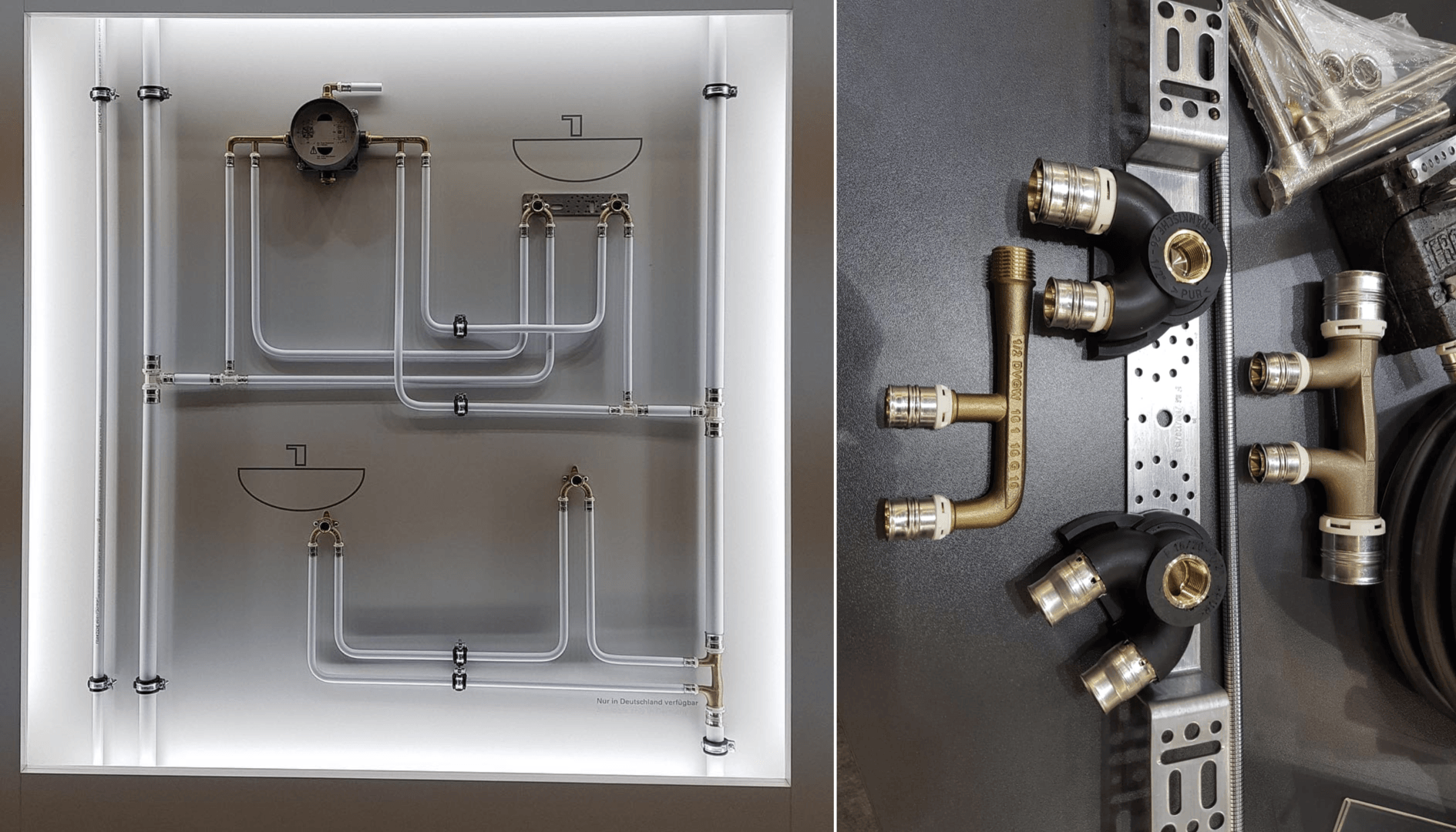 The so-called "water grid deadlock" provides water flow in a separate branch only during use. The advantage of sequentially connecting water-picking appliances is that the water exchange occurs as soon as the consumer begins to use the device at the end of the row. Therefore, when planning, make sure that the faucet at the end of the water line will be used as often as possible. 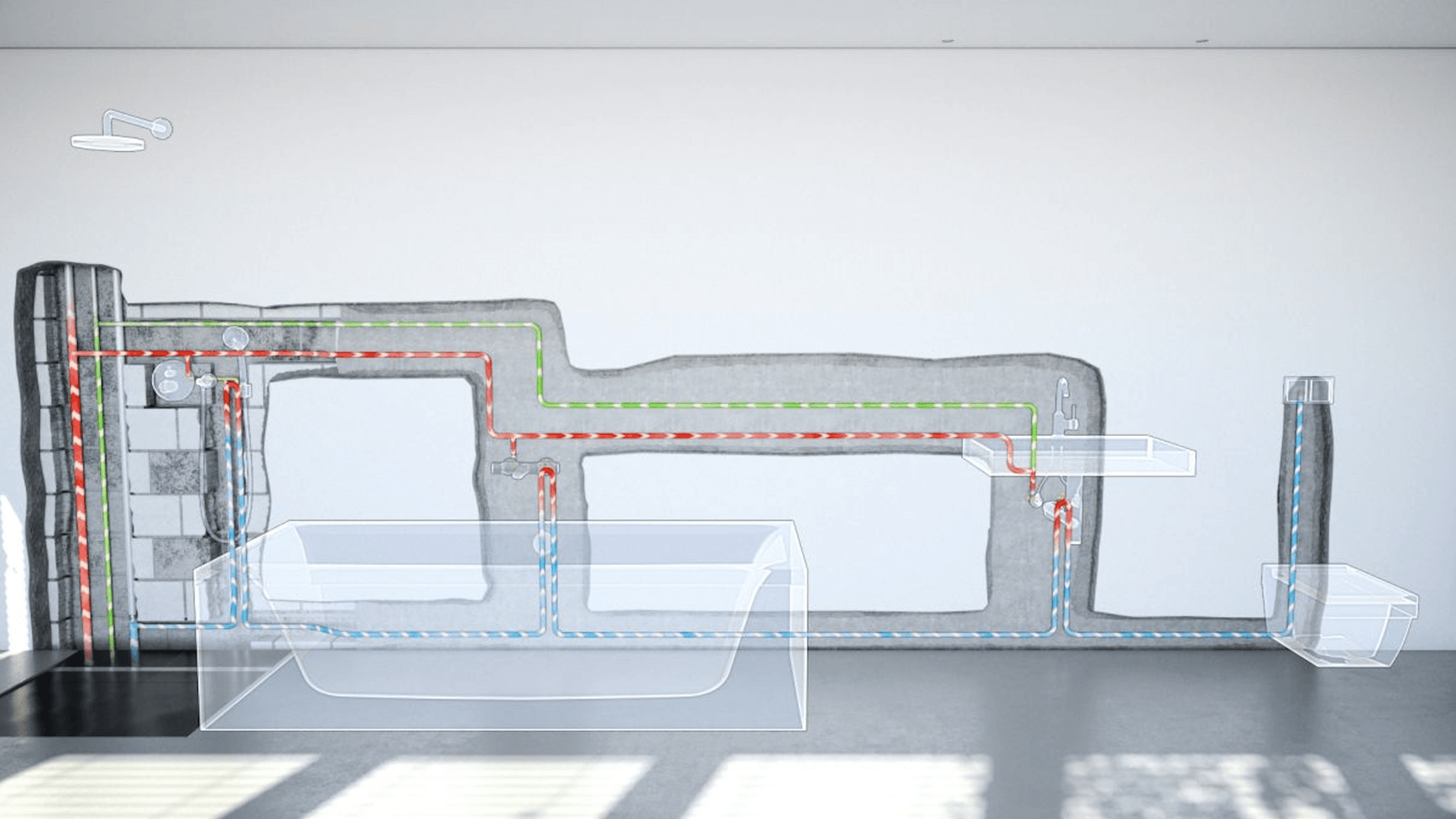 If consecutive installations with «water circulation» are planned, pay attention to the thermal separation of hot and cold water and the respective cooling sections. Otherwise, there is a risk of overheating of the valve, which can lead to scalding during use and damage to the valve itself. In addition, it is likely that cold water, at least in the area of ​​the mixer, is heated to above 25 ° C.The annular installation offers several advantages. Water exchange in pipelines occurs when using at least one of the connected devices. In addition, temperature and pressure values ​​have only minor variations. 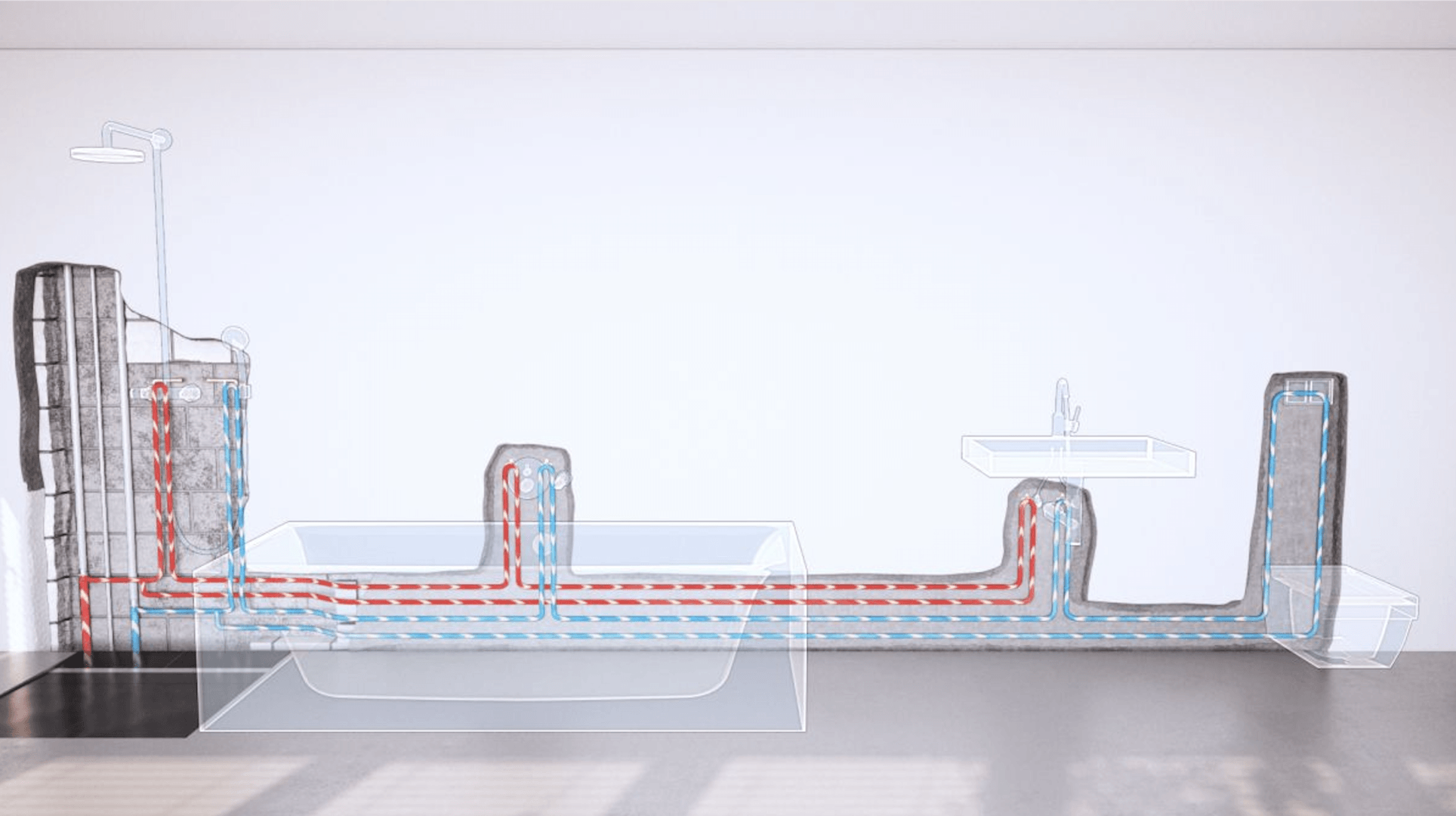 The flow distributor is an additional element that helps to provide flow in the pipelines. This hydrodynamic component is located where a small ring line with one or two consumers (such as a guest toilet) is connected to the central line.

The flow distributor directs a portion of the water through the annular line each time it is disassembled through the central line. It means that the system is flushed automatically, even if no mixer is open 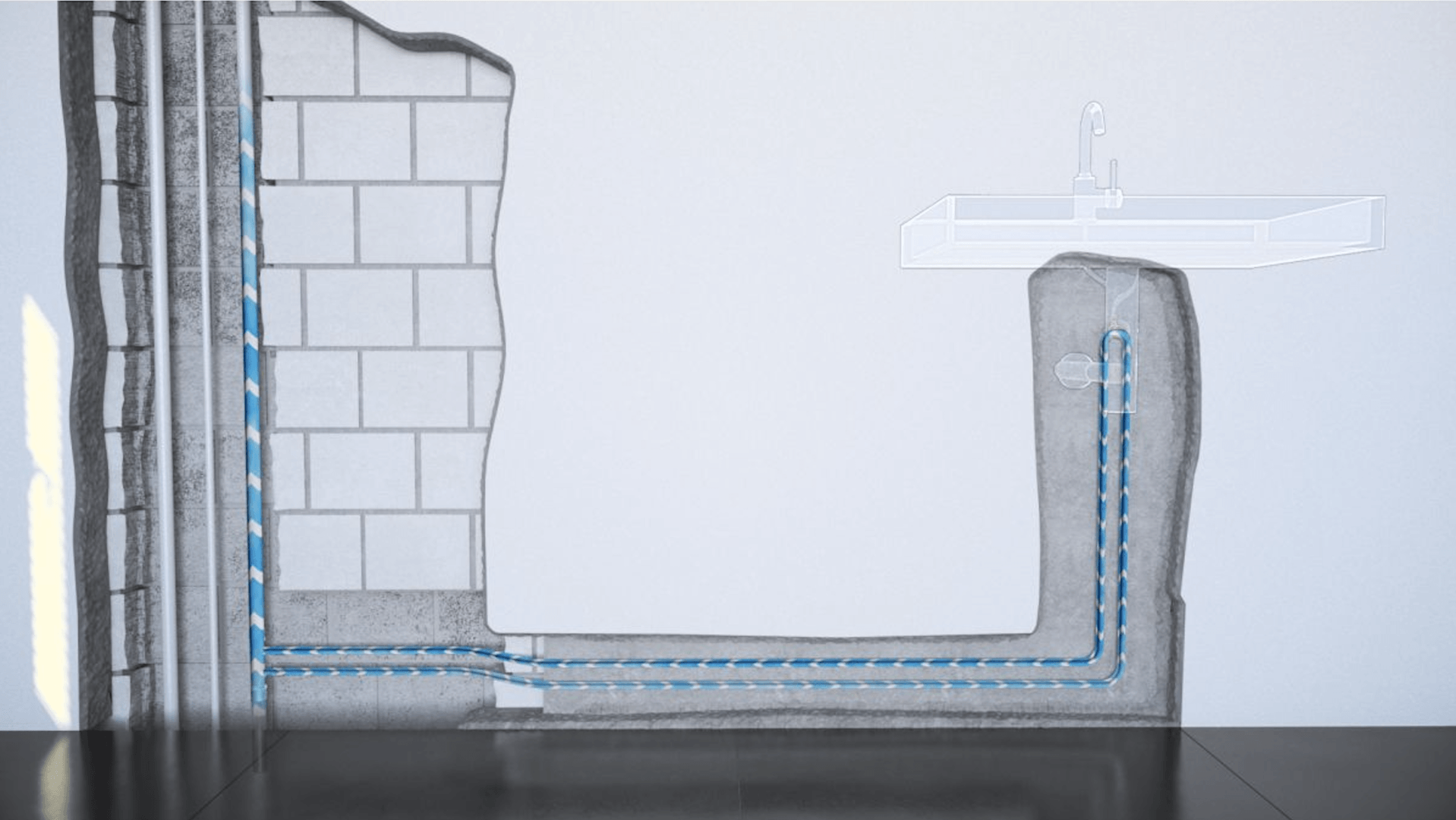 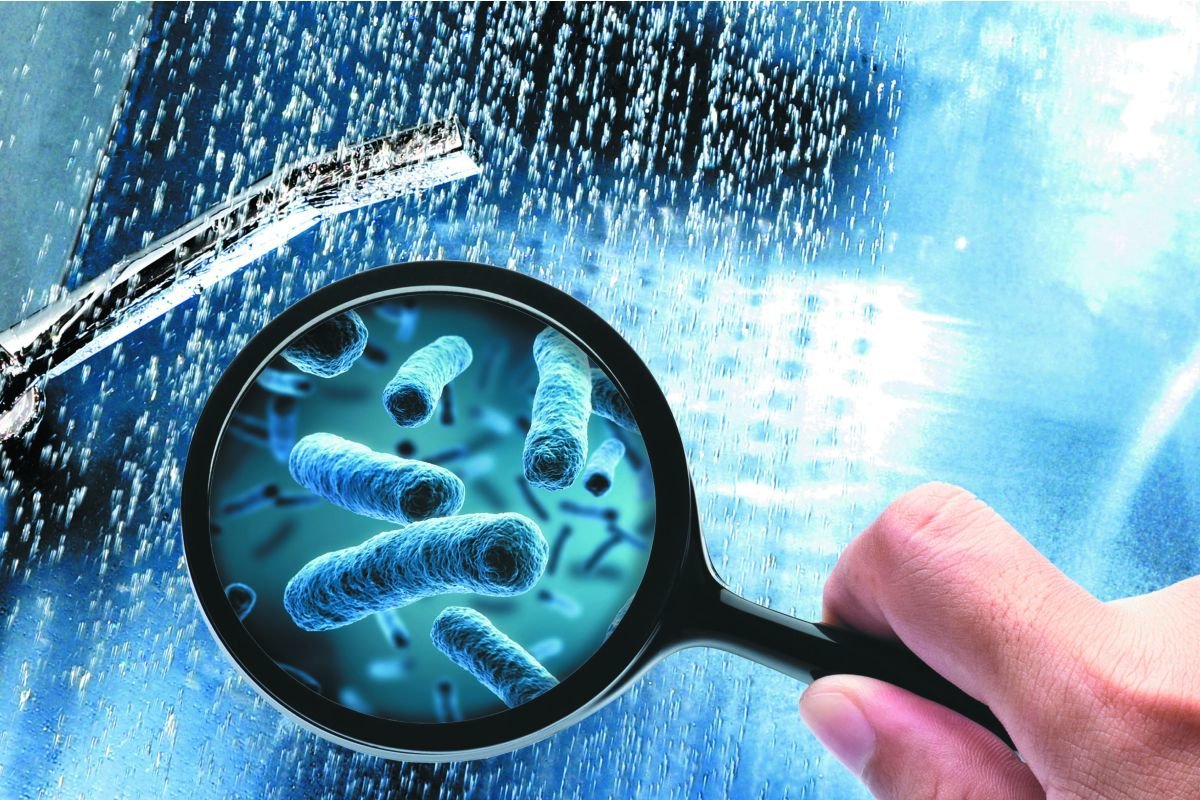